Norway has recently been in the news regarding educational technologies. The latest announcement being that itslearning acquired Fronter. Both are originally Norwegian learning management system providers.

There’s more to Norwegian edtech scene than LMSs, however. I recently visited Oslo and met a bunch of interesting companies. At Slush I had the pleasure of continuing discussions with two of them, namely Kahoot! and WeWantToKnow. Both are about play, games, and gamifying education. 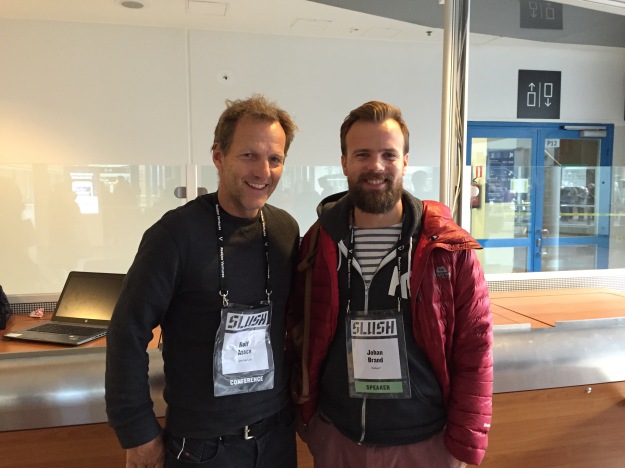 Kahoot! was launched at SXSWedu in March 2013 and has in a bit more than two years attracted 75 million users, of which 20 million use it actively every month. It is being used in 180 countries and so far more than three billion questions, “kahoots”, have been answered. Quite amazing numbers.

Kahoot! has concentrated on developing the service on its users terms, rather than doing everything what investors suggest. CEO Johan Brand emphasizes the value to users, warning also his fellow entrepreneurs about the “unicorn trap”:

This unicorn hype, it's a trap my dear startup friends. pic.twitter.com/w982ETArAz

Mathematics teacher Jean-Baptiste Huynh formed his company WeWantToKnow in 2012 and released the first game, the award-winning DragonBox Algebra. As the name suggests, it teaches algebra, but does this in a quite clever way: the gamer is not even aware of what she is learning. A five year old can just pick up a tablet, start moving various symbols on top of and next to each other, and at the same time learn the basics of algebra.

Since that WeWantToKnow has created more DragonBox games, one for geometry and another for learning numbers. DragonBox Numbers is aimed at 4-8 year olds for practicing basic mathematics skills such as counting, adding, and subtracting.

WeWantToKnow’s chairman Rolf Assev told me an interesting insight about their new game: based on the first experiences it looks like children continue to play DragonBox Numbers even after they have mastered it. This is good for refresher purposes, because practice makes perfect.

Both Kahoot! and WeWantToKnow are in the business of bringing gamification to schools and to learning in general. We at Sanoma Pro are in the same bandwagon. Examples are mobile games Peikkoleiri and Wonderbunny*, which we bring to market together with our partners who have developed the games: Bitarctic and Fantastec, respectively.

We’ve also recently launched a game related to learning the basics of accounting*, and a game for midwife students* simulating various stages of childbirth. In addition, we are currently launching Bingel*, a gamified and storified world for primary education pupils to practice various subjects.